Midterm Elections -- What To Look for in Facebook Ads

In a previous post, we looked at what Facebook has learned from the 2016 election.   Facebook is at least stating that they will validate by address the validity of the ad buyer.   The problem that remains however is the ability to target a very specific group of users while not allowing those not targeted to report if it is misleading or un-truthful.

In order to think about political ads, first we should review what the FEC requires political advertising.  Here is primer on the requirements.  In a nutshell, it comes down to what types of communication require a disclaimer.   What's required in a disclaimer-some statement if it is authorized by and paid for by the campaign or some third party.


While Facebook does have detailed policies about their targeted ad features it says nothing about a disclaimer.  Late last year Facebook, Twitter, and Google all  offered to disclose ad buys when they testified before Congress, but nothing has changed yet.
So what can you do to help find ads that might not be truthful when Facebook's ad targeting does not show them to you?   Here is an interesting project from ProPublica  They have developed browser extensions for Chrome and Firefox  that will collect political ads when you log into Facebook and present political ads that were not targeted at you.   Propublica also says this extension will also "collect that targeting information provided by Facebook, which may help illuminate what viewership the ads are trying to reach."   This should identify if an ad is violating Facebook's targeted ad policy which Facebook reserves the right to revoke at anytime.


Let us know if you try this browser extension.    We here at OneHealineADay.com already have it.

Midterm Elections - Are you ready for Social Media?

In a recent post, we looked at what if any changes have been made at Facebook since the 2016 election.  Frankly, we are skeptical, and this cartoon sums up our general feeling.

That said, aside from anything Facebook or the Russians might be doing for the midterm elections, it's more important what each of us might do differently.    So, instead of our usual two column format, today we provide a set of simple steps that each of us can do (and encourage others to do as well) so that we don't doubt the outcome of any of our elections.  All of these are equally applicable for spotting #FakeNews. 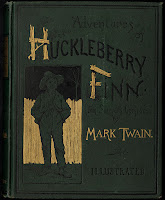 We generally notice when school districts adjust reading lists in English Literature classes.  So when I  heard about the Duluth School district's decision to remove "The Adventures of Huckleberry Finn and "To Kill A Mockingbird" from their required reading lists, I was very skeptical.   So was opinion writer, DJ Tice, where he argues below about the suffocating freedom of thought and that these books are "about so much more than America's racial past". 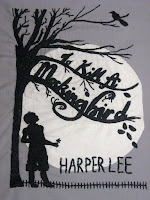 One week later, I read another opinion piece from a former high school English teacher.  (This was a counterpoint in response to DJ Tice's piece).   Lee J. Woolman describes of his personal decision to remove both of these works from his teaching.   The personal story of how a student felt about reading these works out loud illustrates how policy affects individuals. Ultimately he argues that these books may be part of the problem rather than a solution to the racial problems in the United States.

on February 24, 2018 No comments:
Email ThisBlogThis!Share to TwitterShare to FacebookShare to Pinterest

What Mark Zuckerberg once thought was a "pretty crazy idea" has now been universally accepted.  Robert Mueller's indictment of 13 Russians is a fascinating read on how Social Media (among other techniques) was used to influence the 2016 election.   Since we are just over eight months away from the midterm elections, now is a good time to see whether Social Media platforms have done anything about it.     Looking at Facebook, they have announced a low-tech solution to validating where ads are being purchased.    At the same time Rob Goldman, Facebook VP of advertising at Facebook, is taking a more defiant tone, saying that most of the Russian ads came after the election.    Stay tuned, but if you spend any time on Facebook, remain skeptical of political ads that come across your stream.

While working on the tax bill late last year, Republican Congressional leaders frequently mentioned this was being done for the middle class.    At the time there was discussion that if was really the goal of the tax plan, there were much simpler ways to accomplish that.

Today, several companies announced one time bonuses, hourly, wage increases, or both.  Those that sold the plan (and those that want to believe in it) were quick to cite the tax bill as the reason and claim success.   Democratic Congressional leaders were equally quick to counter as written in the Business Insider post below.

I am sure readers at One Headline A Day have thoughts on the topic.    Please add your comments to this post.   Not sure how?   Click here for instructions.

on January 11, 2018 3 comments:
Email ThisBlogThis!Share to TwitterShare to FacebookShare to Pinterest Less than a week ago, Interior Secretary Ryan Zinke announced a plan to make over 90% of National OCS program (Outer Continental Shelf Oil and Gas Leasing Program) available for OffShore Drilling.  Now, the Trump Administration is exempting Florida from this plan after a high profile visit by Zinke to Tallahassee and a visit with with Governor Rick Scott, a Trump supporter.

Scott had been part of a bi-partisan group of Florida officials that were critical of the original decision to expand off-shore drilling.   The decision to exclude Florida from expanded drilling has left political leaders from both parties asking, "Why Not Us" as reported in the Washington Post.  This negative response from both parties  adds one more challenge for Republicans in a mid-term election year.

on January 10, 2018 No comments:
Email ThisBlogThis!Share to TwitterShare to FacebookShare to Pinterest

To Avert a Shutdown are DACA and "Border Wall" Linked?

We mentioned in a previous post about averting a government shutdown until that Congress had forestalled this until a fast approaching January 19th deadline.   Negotiations around what it will take to get avert another shutdown are underway.    It appears that President Trump is willing to extend the Obama era DACA (Deferred Action for Childhood Arrivals) program.   In return, the President wants tightened border security.   Congressional Republicans that attended the negotiations are saying the Border Wall will look more like a fence.

on January 09, 2018 2 comments:
Email ThisBlogThis!Share to TwitterShare to FacebookShare to Pinterest

While the President has been saying "Fake News" to the world via Twitter, he will have the chance to say this to Robert Mueller.  Mueller has been seeking to interview President Trump for over a month now.   The President's lawyers appear to have been prepping him and the format of the "interview" (in person, written responses, etc.) remains unclear.

on January 08, 2018 No comments:
Email ThisBlogThis!Share to TwitterShare to FacebookShare to Pinterest

Clinton Foundation Investigation Is Back On

We have had a constant stream of what did and did not happen during the election cycle of 2016 ever since the election.   Now add one more to that -- a reboot of the investigation into the Clinton Foundation.   The Washington Post article refers to the investigation as having been "dialed back" before the election, while the Fox New post refers to it as "another" investigation.   Regardless of whether or not the investigation was dialed back or stopped altogether, both of these posts are consistent that the current investigation has been underway for a few months.   The Fox New post, relies on several actions by Judicial Watch.   I have spent some time on their web site as I am not that familiar with this organization.   I trust that someone in our One Headline A Day community will educate us about them -- feel free to post a comment here.

on January 05, 2018 No comments:
Email ThisBlogThis!Share to TwitterShare to FacebookShare to Pinterest

It's often said that the local weather on the U.S. East Coast is always treated as national news.   It may seem easy to think that this current storm is another instance of that norm.    That would be wrong in this case - this storm is different.   It's not the snow, it will be the wind and flooding.  Bombogenesis is the technical term used by meteorologists that is characterized by rapidly dropping atmospheric pressure.  In addition to the wind, the storm surge is already causing flooding concerns as these pictures show.   Both #bombcylone and #bombogensis are trending on twitter.

It's hard to do anything other than to wish the best for all involved so there aren't really two sides to pick for this story.    However, since New York and Boston are frequent sports rivals, we will use reports from those two cities for our side by side presentation.

on January 04, 2018 2 comments:
Email ThisBlogThis!Share to TwitterShare to FacebookShare to Pinterest

With two world leaders acting and using language that would be discouraged in a middle school, one must ask if this is a serious geo-political crisis or just two middle schoolers that will find their next distraction.    Regardless of the outcome, the question of using Twitter to conduct foreign policy has come under increased scrutiny.   The CNN Politics post below gives an overview of what has brought us to "comparing nuke buttons".      There is a growing trend on social media to pressure Twitter to stop President Trump's Twitter use as a violation of Twitter's policies.

The provocation caused Mr Cannon-Brookes to send a tweet to Twitter asking how "threatening to launch a nuclear weapon against millions of people isn't 'abusive behaviour'", according to its guidelines.

While she make think differently in light of current events, Mary Dejevsky made the argument early last year that there might be merit for communicating directly with the entire world.

on January 03, 2018 No comments:
Email ThisBlogThis!Share to TwitterShare to FacebookShare to Pinterest

With the Iranian protests now in their sixth day one wonders why Americans know so little about it?   Could it be that it has not come across your Social Stream?   It's a good thing that One Headline Day has you covered.    The NPR post below outlines all of the key players in the protests.   As to why Americans know so little about it, the Tablet post below makes the case that it is the American media's inability to cover such an event.